Last week, after ordering a fruit and veg box, I found myself having to think of innovative recipes to make sure I didn’t waste anything.

As fresh bananas arrived in the delivery, I looked at the browning bananas in the fruit bowl, and since I’m not really a big fan, I thought I’d make them into a bread. 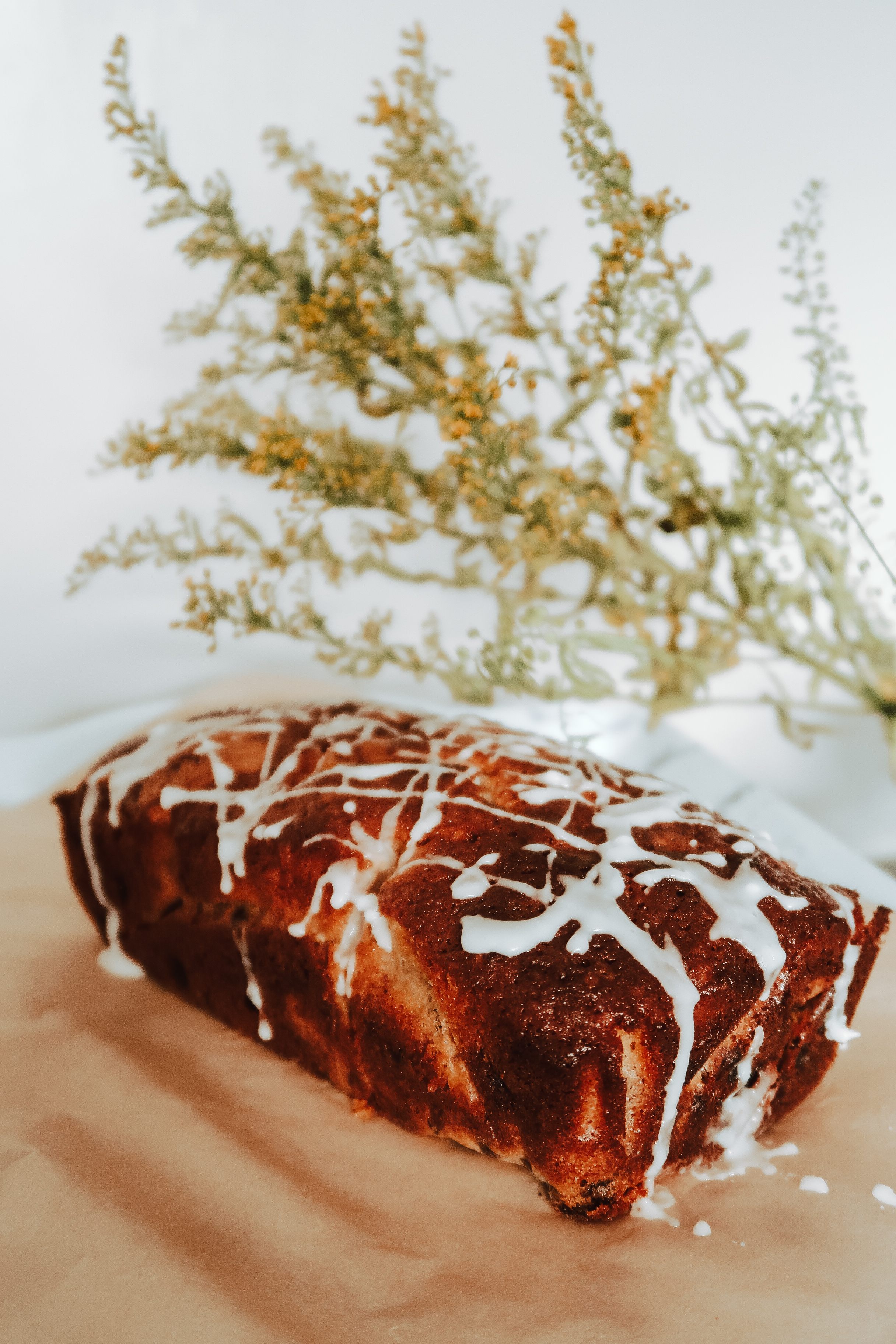 I found a great recipe online that was actually a cross between a bread and a cake. Cake?Cake? I can handle that in lockdown.

I’m not one for following recipes down to the last detail or gram. I didn’t follow the method, but took inspiration from it. To be honest, I just chucked most of the ingredients in together.

I started by soaking 150g of dried raisins and sultanas in orange juice on a low heat over the hob. I brought it to the boil and let it simmer for a few minutes. 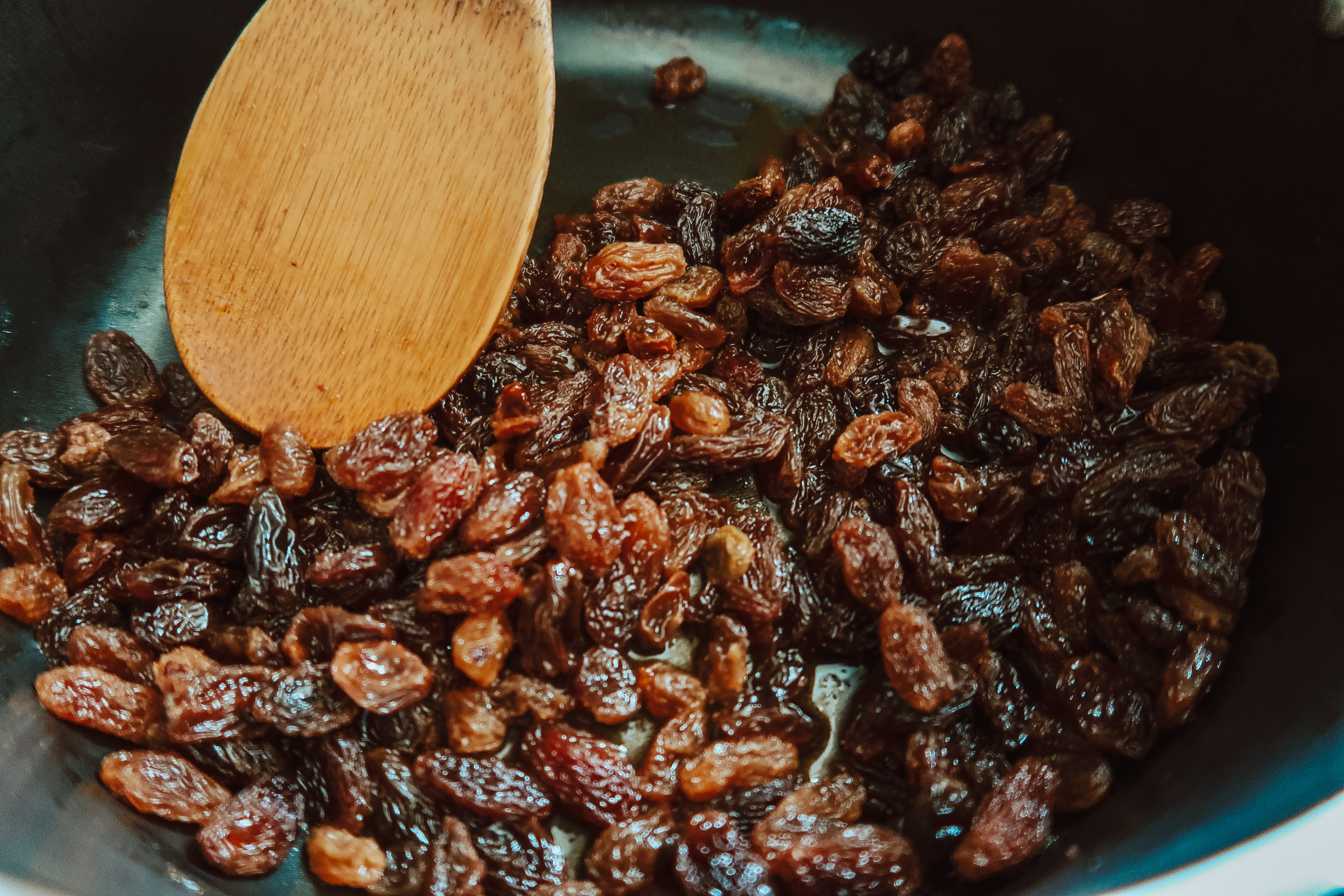 Meanwhile, I started creaming the 140g butter and 140g caster sugar together.

Then I added two large eggs, 140g self-raising flour and 1tsp of baking powder. I mashed up two overripe bananas and added the soaked fruit into the mixture. 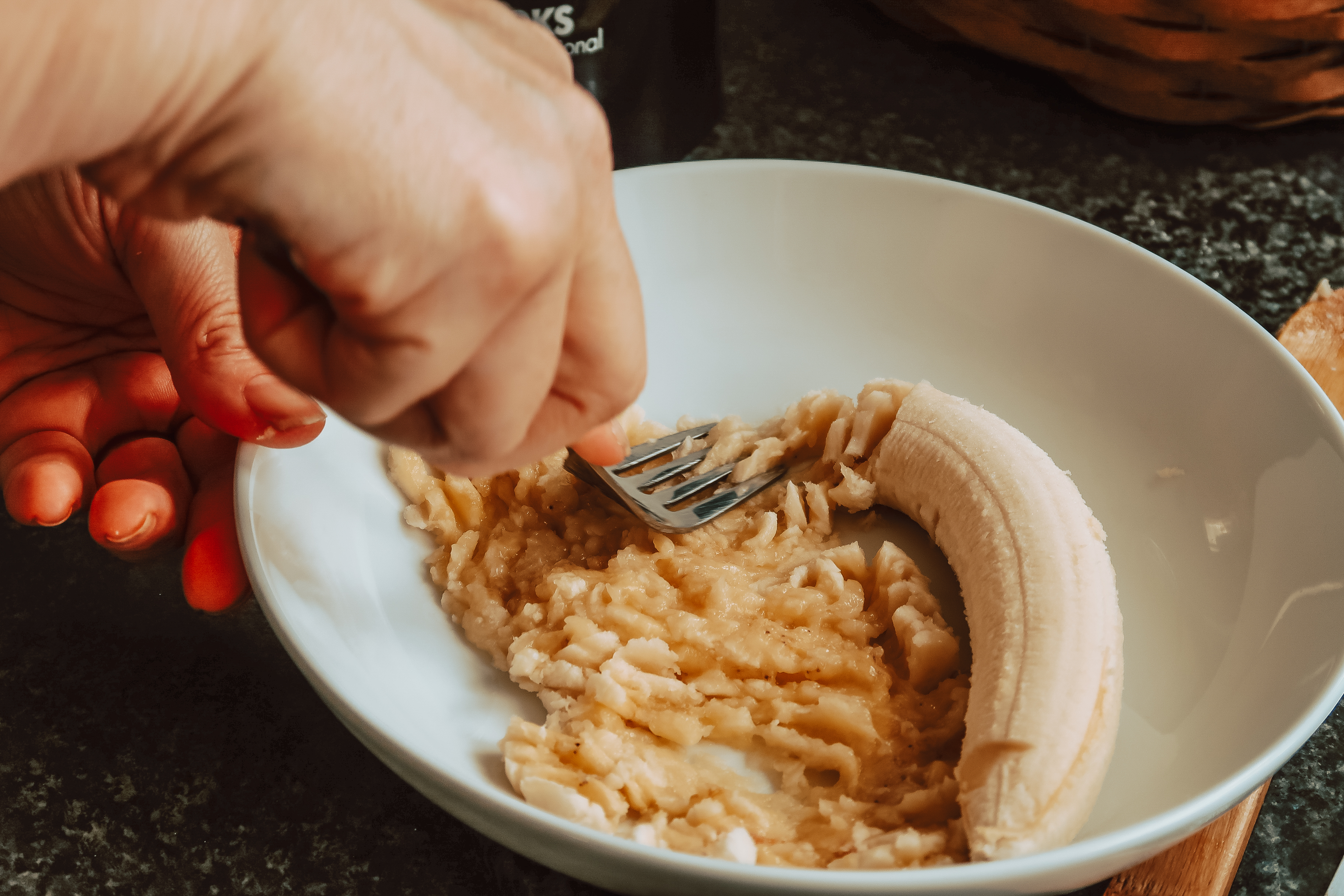 The mixture then went into a loaf tin and in to the oven on gas mark 4 for just under an hour. Because I had added the extra fruit, it needed a little longer than the 40 minutes stated in the recipe. 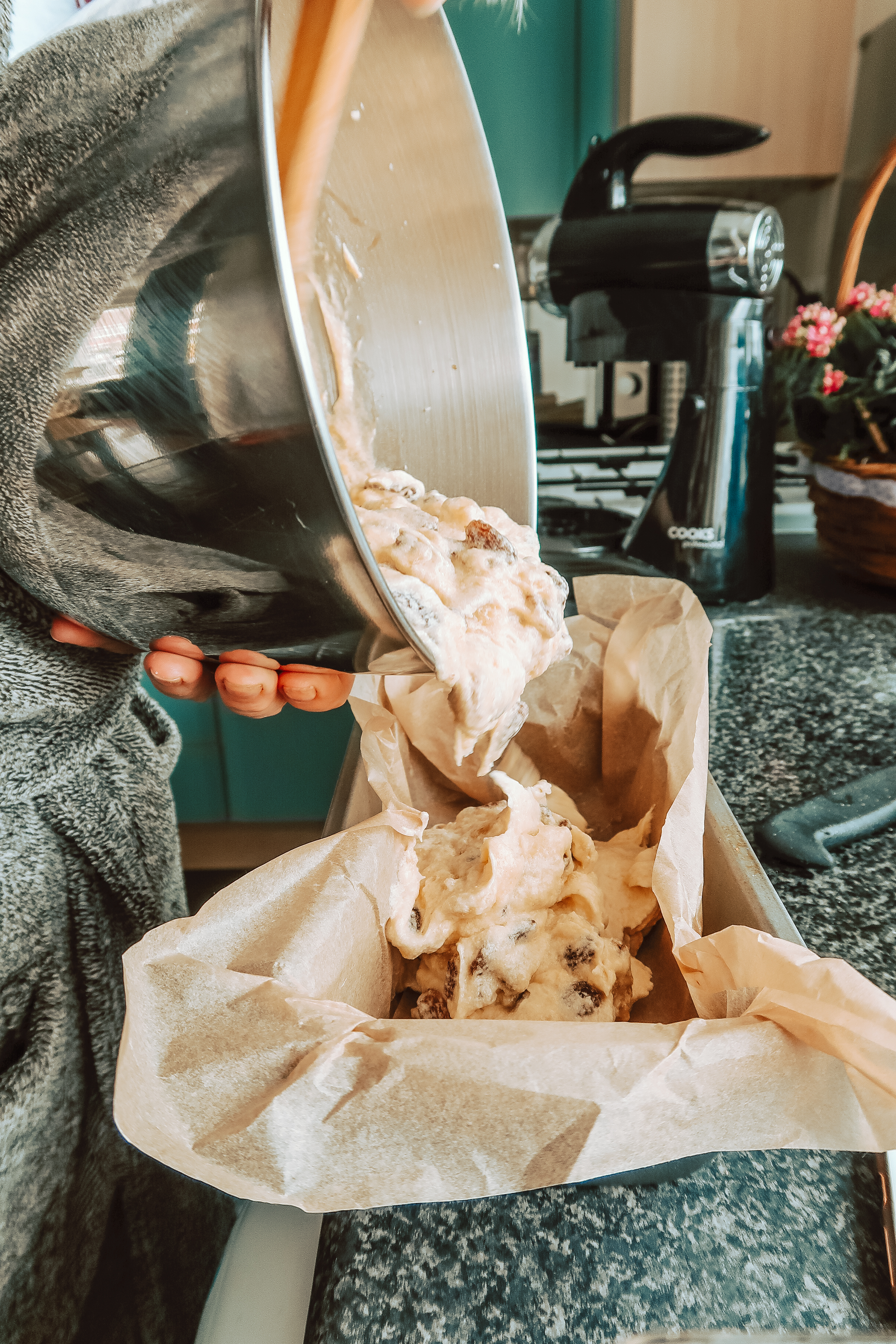 When it was cool I drizzled over some icing and it was ready to eat. The idea was that Simon could take it for work to have as a morning snack but if I’m honest it didn’t last as long as I had hoped, after we ate it after lunch three days in a row.

The fruit sank to the bottom of the loaf, but I’ve since learned that if you roll it in a little flour, that prevents it sinking. 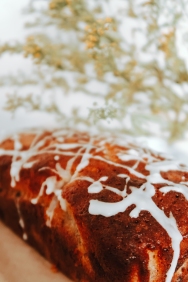 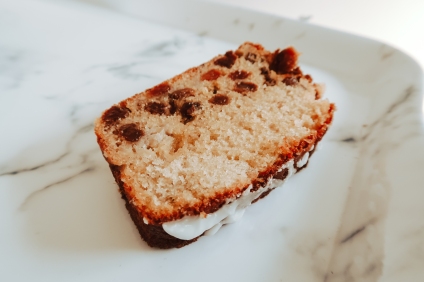 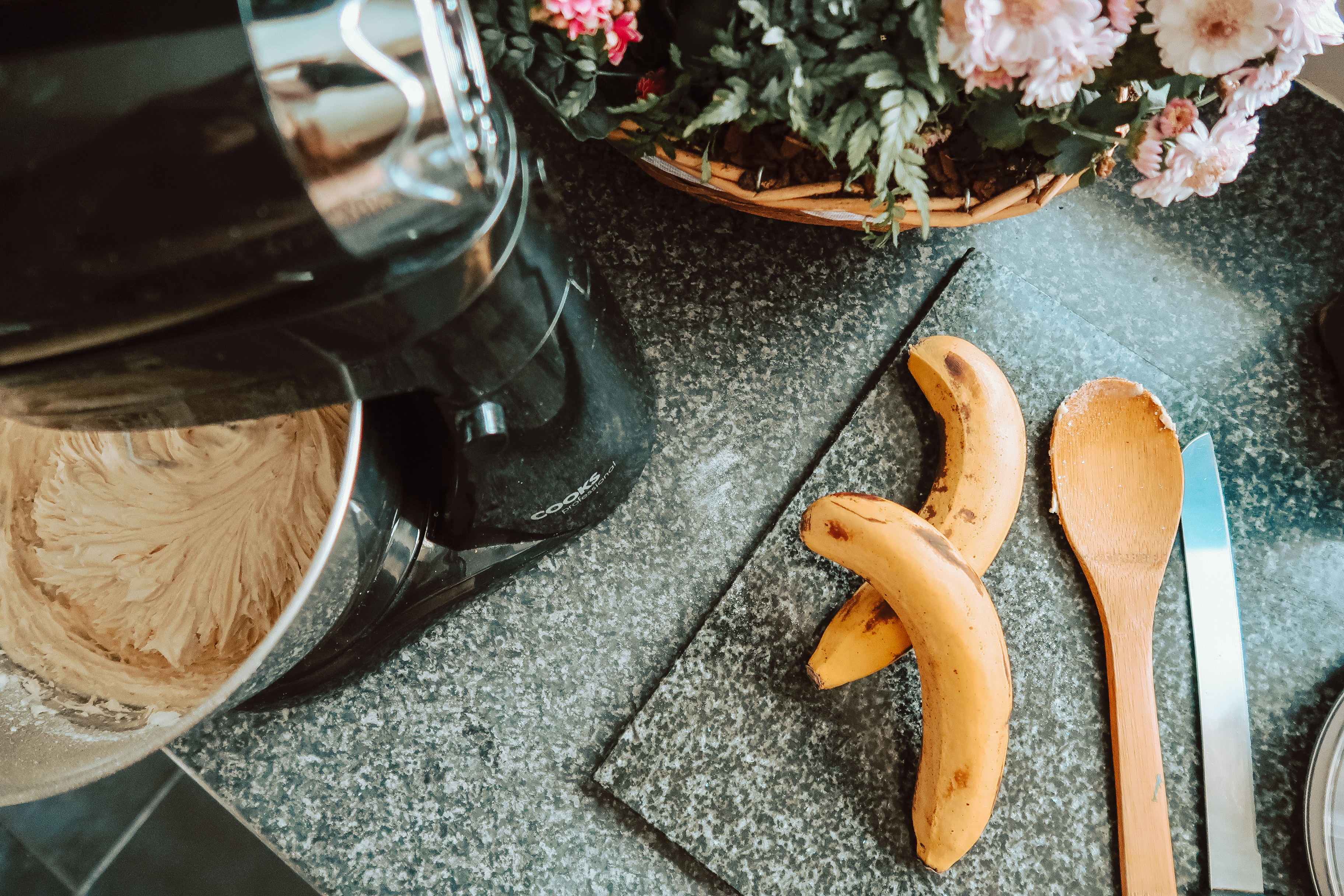 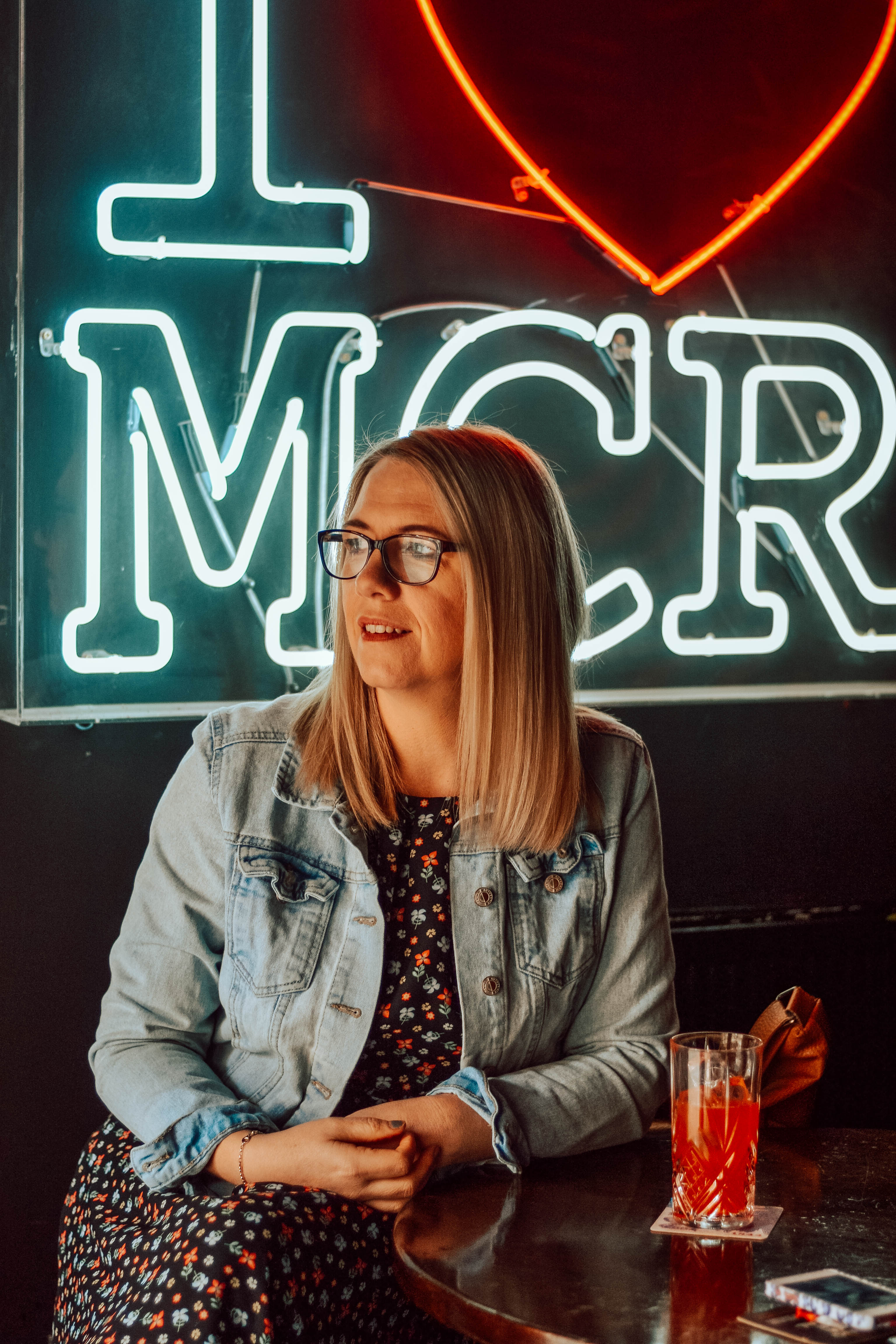 Hi there, I'm Tracy; a forty-something mum-of-three, nan-of-one and dog-mum-to-two. This is my blog, where you can find all of the trials and tribulations of my life, as well as theatre reviews, days out and my favourite Mrs Hinch tips - tried and tested.